“There sat the dog, with eyes as large as tea-cups.”

He opened the first door. Yes, there sat the dog, with eyes as large as tea-cups, staring at him.

“There’s a good dog!” said the soldier, as he spread the witch’s apron on the floor, and lifted the beast on to it. He then filled his pockets with the copper coins in the chest, shut the lid, put the dog back into his place, and passed on into the second room.

There sat the second dog, with eyes as large as mill-stones.

“You had really better not stare at me so,” said the soldier; “it will hurt your eyes!” As he said this he set the dog down on the witch’s apron and lifted the lid of the chest. No sooner did he catch sight of all the silver it held than he threw away his copper coins, and filled his pockets and his knapsack with the shining silver.

He now passed on into the third room. What a start he got! A dog in this room had a pair of eyes each as large as a big round tower, and they kept rolling round and round in his head like wheels.

From the story “The Tinder-Box.”

In the evening the mountain opened, and the twelve robbers came in, and when they saw him they laughed, and cried out, “Bird, have we caught thee at last!” 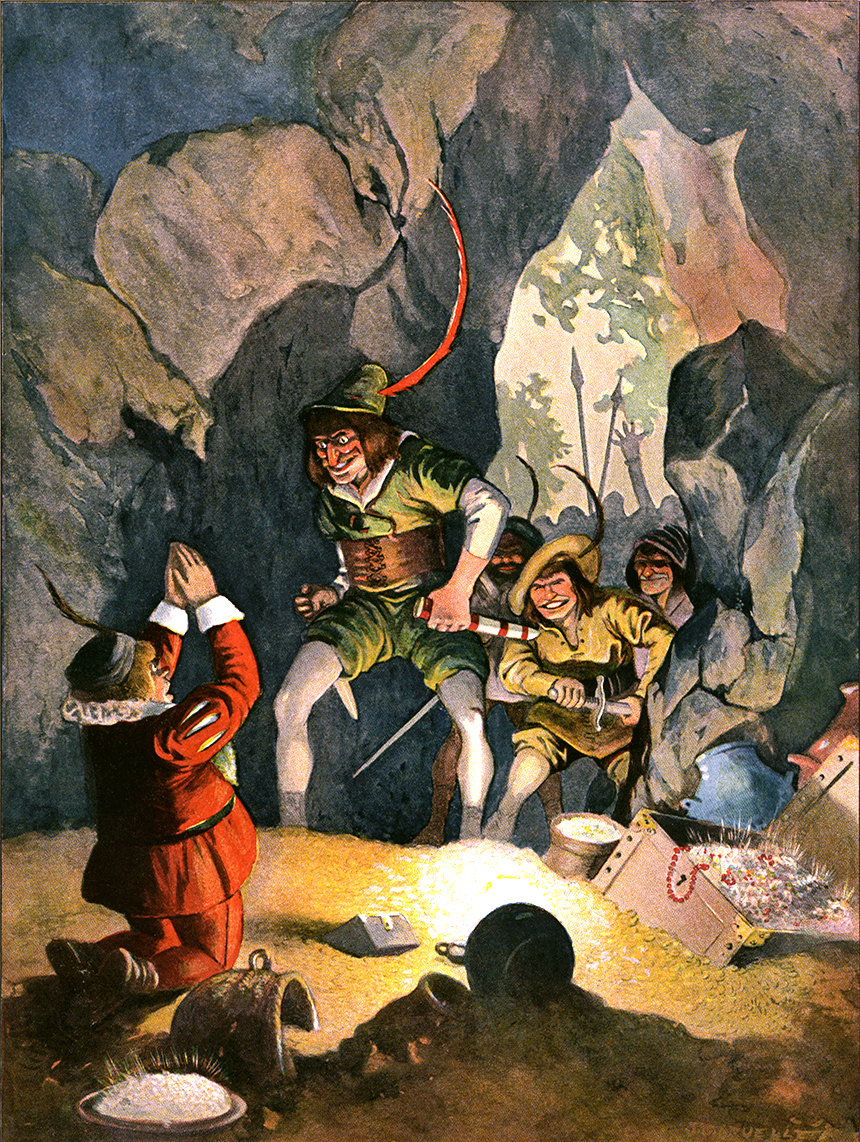 “THEN I STOOD OFF AND TOLD HIM TO HOLD UP HIS HANDS.”

I told my chum Pa was a coward, and we fixed up like burglars, with masks on, and I had Pa’s long hunting boots on, and we pulled caps down over our eyes, and looked fit to frighten a policeman . . . I put the cold muzzle of the ice revolver to Pa’s temple, and when he woke up I told him if he moved a muscle or said a word I would splatter the wall and the counterpane with his brains.

Peck’s Bad Boy and His Pa.