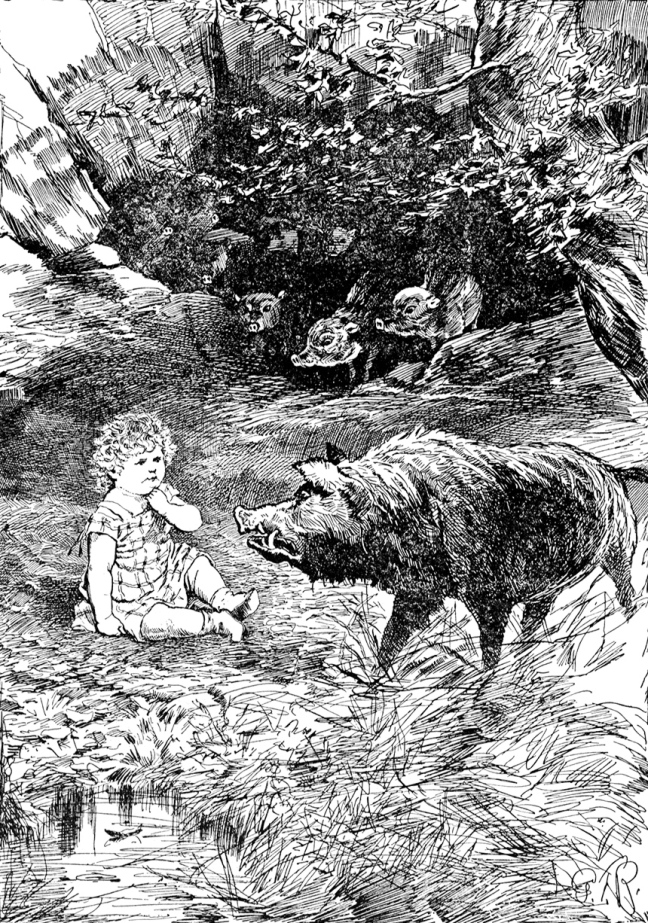 “BABY AT THE PIGLETS’ HOME.”

The boar, without so much as a “by your leave,” caught up Baby in his wide mouth and made off with him. . . running as fast as he could for the hills where his family lived in a cave. Baby was greatly surprised though not alarmed at this singular way of traveling. It was a topsy-turvy way. Sometimes his head was uppermost and sometimes his feet. 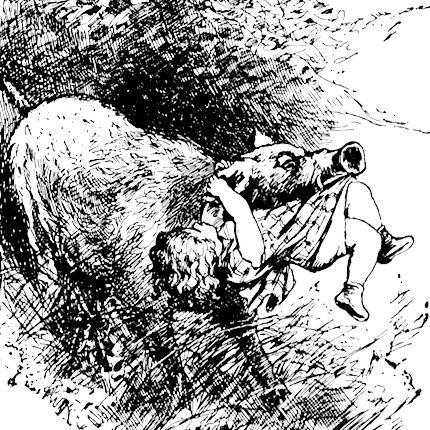 But the old boar held him gently, and Baby held by the boar’s ear, and kept himself tolerably upright part of the time. He never had ridden so fast in his life. In fact he had never ridden at all except on his father’s knee.

When they arrived at the family cave, the old boar tossed him to his family of piglets and said with a grunt: “Here, children, is a fine fat morsel for you!”

But he had forgotten that his piglets had not yet cut their teeth, and could not have eaten the finest, fattest morsel in the world.

Prattles For Our Boys and Girls