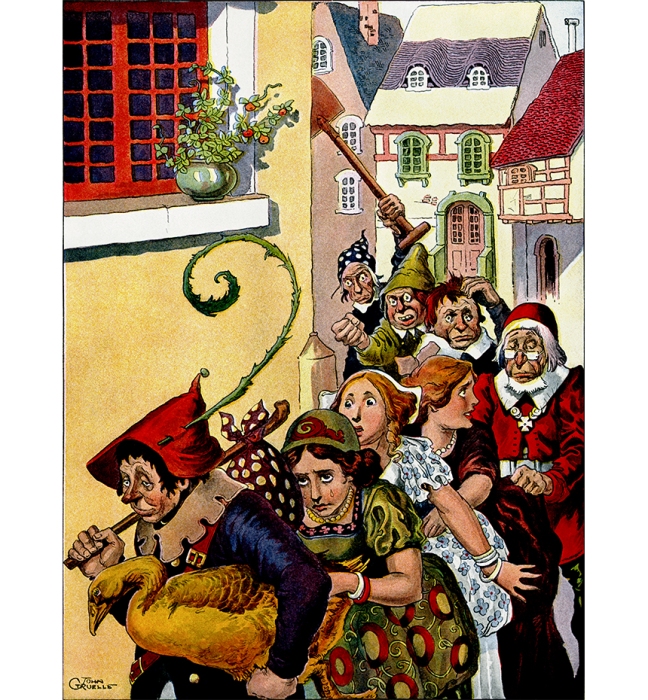 . . . she seized the goose by the wing, but her finger and hand remained sticking fast to it.

The second came soon afterwards, thinking only of how she might get a feather for herself, but she had scarcely touched her sister than she was held fast.

At last the third also came with the like intent, and the others screamed out, “Keep away; for goodness’ sake keep away!” But she did not understand why she was to keep away. “The others are there,” she thought, “I may as well be there too,” and ran to them; but as soon as she had touched her sister, she remained sticking fast to her.

7 thoughts on “Stuck To A Golden Goose!”